We know there is a serious discrimination problem but we must not lose sight of the fact that this is manufactured, reinforced and spread like a mental/moral virus.

#AllLivesMatter, it’s not just black people being murdered and harassed by the state 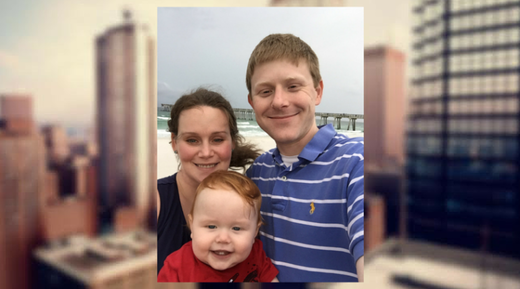 From these five instances we can see that race is no longer a mitigating factor. For various reasons, racism being one, African Americans suffer more violent assaults from the state and its armed gestapo than whites, but that does not mean that white people are immune or somehow protected due to the color of their skin. We are all in the firing line in this all-out class war by the ‘owners’ of this country. The police are trained to use increasingly violent and aggressive tactics to extort compliance from everyone they encounter. We are all ‘suspects’ in their eyes, regardless of circumstance. 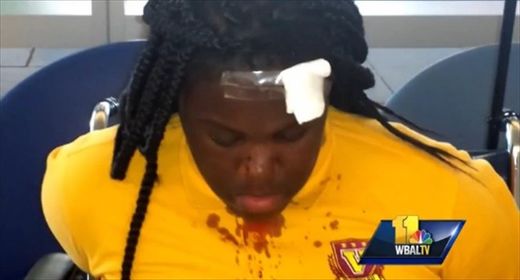 Yeah, I’ve been saying this for a long time.

Police are more dangerous to citizens than criminals

Americans face a new crisis: police violence against citizens is escalating, blurring the line between criminal and public servant.

Escalating violence against American citizens by police has reached a bifurcation point; Americans are feeling the heat and are beginning to realize something must be done to deescalate police or soon America will join the ranks of hell holes of police crime and violence like Mexico, Haiti, Russia, Uzbekistan and elsewhere where police are independent gangs, violent and undisciplined and devolving into something closer to pirates – stealing property directly from their victims.

Horror stories of police murdering, beating, raping and plundering citizens are daily news in a cities large and small. One city, Albuquerque, NM is now murdering more people per capita than NYPD during arrests, yet NYC is 14 times more populated.

The APD routinely kills more suspects per capita than the NYPD, which serves a metro area 16 times the size of Albuquerque and has 34,000 officers to the APD’s 1,000. Since 2010, the APD has been involved in 37 shootings in which 23 people died. Between 2010 and March 2012, the APD was involved in 18 fatal shootings to the NYPD’s 22 in the same time period. No officer involved in any of the cases has been prosecuted or even fired, despite a body trail that suggests a department with wildly inappropriate use-of-force.” [1]

Police shoot, kill 80-year-old man in his own bed, don’t find the drugs they were looking for

The deputies later changed the story when the massive bloodstains on Mallory’s mattress indicated to investigators that he’d most likely been in bed at the time of the shooting. Investigators also found that an audio recording of the incident revealed a discrepancy in the deputies’ original narrative: Before listening to the audio recording, [Sgt. John] Bones believed that he told Mallory to “Drop the gun” prior to the shooting. The recording revealed, however, that his commands to “Drop the gun” occurred immediately after the shooting.

Hope they all lose their jobs and the department has to pay.

A Valentine’s Day outing turned tragic for one Oklahoma family who claims five police officers beat their father to death during a confrontation outside a local movie theater.

The moral of the story is: The POLICE ARE THE PEOPLE’S ENEMIES. They are no longer Guardians of our Peace.

Four police officers in Hawthorne, California used a taser on a man who was attempting to tell them that he was deaf via sign language.

Again, the police are completely out of control. They are not coming to help you, they will come and kill you or someone you love.

It’s horrifying that guns are put in the hands of such ignorant individuals as those that are generally hired for police forces. But then, psychopaths usually aren’t the brightest crayons in the box.

22 year old with Down Syndrome beaten by the police for “bulge in pants” that was only a colostomy bag!

A man with special needs is speaking out after he was left badly bruised by police.

Twenty-two-year-old Gilberto Powell, who has Down Syndrome, is left with horrible bruises and scars on his face after he had an encounter with police outside his home. “That’s my son. That’s my baby. I really love this little boy. He’s my love,” said Powell’s mother, Josephine.

According to the family, they were inside their Southwest Miami-Dade home last Saturday when Powell, who is also called Liko, called his parents on his cell phone to let them know he was walking a block from his friend’s house. On his way home, Liko said, “The police followed me.” Liko said, the officer smacked him in the face with an open hand and knocked him to the ground. “His whole hand,” he said. According to the police report, a Miami-Dade Police officer noticed a bulge in Liko’s waistband. The officer attempted to conduct a pat down, and Powell tried to run away. “I said, ‘Didn’t you know he was a Down Syndrome kid?’ And he said, ‘No, I’m not a doctor. I don’t know.’ And I said, ‘Well, you can see it in his face that he is a Down Syndrome kid,'” said Josephine.”

[Follow the link above for the video news report]

The best compilation yet of the most controversial footage, proof that we are being lied to. This woman was murdered in cold blood. Will her family ever find justice? This footage shows that there was a second adult in the car. It also shows that her car had no front or rear damage which is odd considering she supposedly drove into concrete barriers by the White House. Why did the cops kill her when they could have just tased her? A witness came out on CNN and said that she saw the cops pull the child out of the car right before they opened fire. How can ANYONE justify this? Some could say that she broke the law but since when was the death penalty proper justice? We hope you can manage to rest in peace Miriam Carey. We’re going to do our best to help you try!

A Tennessee police officer has been placed on leave after shooting 68-year-old man to death in his garage allegedly following a brief verbal altercation. The officer claims the man was armed with a handgun and refusing to listen to his commands before the officer discharged his gun.

Police have been killing people and animals for little or no reason with alarming regularity lately. If there was ever any question about whether or not we live in a police state, the answer is now definitively YES.

The profile of today’s cops…

Satire: Insecure, Frustrated Bully With Something To Prove Considering Career In Law Enforcement

Raleigh, NC – Calling it his lifelong dream, local man Brendan Lockhart, an insecure and perpetually frustrated bully who believes he has something to prove to the world, told reporters Thursday that he is seriously considering a career in law enforcement.

Lockhart, a recent high-school graduate who sources confirmed is plagued by resentment, self-doubt, unexpected fits of rage, and has always had a penchant for tormenting those who are smaller and weaker than him, explained that he feels he is well suited to serve as a police officer.

“I’ve always wanted to be a cop,” said Lockhart, whose paranoia and inferiority complex constantly haunt him, leading him to lash out at others in order to convince them he is in control. “I know it’s a tough line of work, but I think I’ve got what it takes to earn my shield and get out there and keep the peace.”

“This is the job I was born to do,” continued the man whose main goal in life is to prove to others that he is strong, confident, and not afraid.

Friends and family confirmed that Lockhart, an unpredictable, petty individual who frequently loses his temper when he feels he is being threatened or disrespected, has in recent months been inquiring into joining the ranks of the Raleigh Police Department. In this role, the man with a massive chip on his shoulder and no visible sense of empathy would be tasked with peacefully resolving disputes and evenhandedly administering justice to members of the community over whom he would have official power.

Specifically, sources speculated that should Lockhart successfully complete the 17-week officer training program and cursory psychological examination necessary to become a cop, the 18-year-old, who suffers from feelings of inadequacy and frequently explodes in emotional outbursts against people he perceives to be mocking him, would on a daily basis be placed in delicate situations requiring extreme patience and sound judgment.

World War II veteran, 95, died after police shot him with taser and bean bag rounds for ‘threatening care home staff with his cane’