Earlier today I posted the following in the “Tornadoes” thread on our “Cassiopaea Forum“:

Recent events in both weather and social unrest are just NUTS. Reminds me of the very first session with the Cs:

One naturally wonders if that was a prediction of a marker event? Like the 2014 “explosion” in Ukraine was the beginning of the total insanity that we live in today.

At the time of the Color Revolution in Ukraine, I recognized it as a marker event. Let’s face it, things started going really South beginning with 9-11 when the Elite made their play for the total power grab on Planet Earth. From 2001 until 2014, things proceeded downhill rapidly, but NOTHING like what has happened since 2014 – just five measly years! The whole freaking planet is just nuts both in terms of human and geosphere activity!

Well then, later in the day, after posting the little bit above, I saw this in my NewsFeed:

World in Flames: Why Are Protests Raging Around the Globe?

In brief, the article says:

Watching the news over the last week, one would be convinced that the world has devolved into a series of flashpoints, with corrupt governments across the political spectrum facing the wrath of their enraged citizens. To be fair, that’s not far from the truth.

Four continents have seen anti-government demonstrations over the last week, many of them sparked by seemingly innocuous taxes or changes to the law.
[…]
So why has unrest seemingly erupted all over the world at once? According to a University of Arizona study, protest is contagious. The study’s authors found that “violent domestic conflicts spread between countries via spillover effects and the desire to emulate events abroad.” Non-violent movements too spread across borders in a similar fashion, with the researchers noting that “observation of collective action abroad” inspires would-be protesters at home.

Well, that’s a nice explanation, but doesn’t cut it with me. What the whole situation makes me think of is Victor Clube writing:

[W]hen the prospect of these global catastrophes recurs, such is the nerve-racking tension aroused in mankind that the principal leaders of civilization have long been in the habit of dissembling as to their cause (and likelihood) simply in order to preserve public calm and avoid the total breakdown of civil affairs. …

The Christian, Islamic and Judaic cultures have all moved since the European Renaissance to adopt an unreasoning anti-apocalyptic stance, apparently unaware of the burgeoning science of catastrophes. History, it now seems, is repeating itself: it has taken the Space Age to revive the Platonist voice of reason but it emerges this time within a modern anti-fundamentalist, anti-apocalyptic tradition over which governments may, as before, be unable to exercise control. The logical response is perhaps a commitment on the part of government to the voice of reason and a decision to eliminate all signs as well as perpetrators of cosmic catastrophes in order to appease a public not too far given to rabid uniformitarianism. Cynics … would say that we do not need the celestial threat to disguise Cold War intentions; rather we need the Cold War to disguise celestial intentions!

Thirty Years of Cults and Comets

Which brings me, of course, back to the initial item about the tornadoes in FL and TX being possibly markers?

There sure have been a lot of close calls with asteroids and some interesting fireballs and meteorites in the past few months. 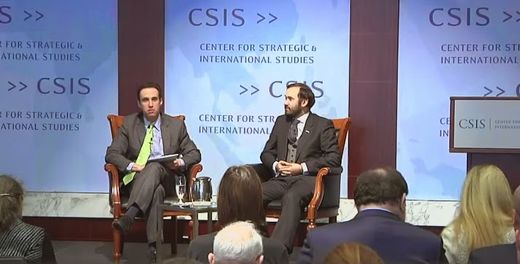