The recently discovered ‘house of Jesus‘ is part of the scam. Nazareth never existed.

The myth of Nazareth, the invented town of the mythical figure known as Jesus 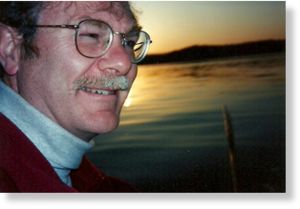 “It is very doubtful whether the beautiful mountain village of Nazareth was really the dwelling-place of Jesus.”
—T. Cheyne (Encyclopedia Biblica, “Nazareth,” 1899).

A recent American Atheist column [1] contained surprising results of new research into one of the most important venues of the Christian story: the town of Nazareth. This topic has been contentious for many years, and it is no coincidence that significant research into the dubious origins of Christianity should first appear in this magazine, given what I consider the common sense and scientific acumen indigenous to Atheists. Of course, damaging material such as this puts the very stiff Christian neck in a scientific noose, as it were, and the Christian press has no interest in kicking the chair out from under itself. A nudge by well – intentioned Atheists at this critical juncture won’t hurt… With the knowledge that Nazareth did not exist in the time of Jesus, we have our fingers wrapped around one of the chair legs and are now poised to give it a decided heave.

The column in the November-December issue of American Atheist was aptly titled “Why The Truth About Nazareth Is Important.” This topic is indeed important, but not for the most obvious reason. After all, where Jesus really came from is hardly earthshaking. What must matter to all Christians, however, is the inescapable fact that the evangelists invented this basic element in the story of cosmic redemption. The proof is now at hand that “Jesus of Nazareth,” a long-standing icon of Western civilization, is bogus.

There can be no return to the comforting familiarity of the past, for with the proof that Nazareth did not exist at the turn of the era, the gospels leave the realm of history and forever enter the realm of myth. It is a swift kick to the solar plexus of Christian inerrantism, the scholarly equivalent of a punch sending the opponent to the mat—perhaps even a knock-out.

The Myth of Nazareth boots Christian certitude out the window, and the door is now wide open to ask, “What else did the evangelists invent?” As after the recent power shift in Congress, there will be questions… Up until now the tradition has been able to fend off attacks from the intellectual left because those attacks lacked proof. Now, archaeology has supplied the proof, and with it the balance finally shifts. The Church’s position must fall like a house of cards. After all, Nazareth is mentioned in three of the four four canonical gospels [2] and is neither an insignificant nor a passing element. If the tradition invented his hometown, then who can place faith in other aspects of the Jesus story, such as his virgin birth, miracles, crucifixion, or resurrection? Were these also invented? What, in other words, is left in the gospels of which the average Christian can be sure? What is left of his or her faith?

Scholars can now apply this radical new information to problems that have bedeviled them for three centuries, as they fruitlessly have tried to reconcile contradictions and make sense out of four narratives that obstinately refuse to agree. For example, it has long been known that the birth stories in Matthew and Luke are incompatible (in the Gospel of Matthew the Holy Family comes from Bethlehem, not Nazareth). Again, why is Jesus so often interacting with Pharisees in the Galilee, where they were hardly known before 70 CE? Why does Luke write about a preposterous Roman census in which everyone returned to his birthplace to register for taxation (2:1 – 7)? The Romans were far too practical to mandate such a recipe for instant social chaos. Besides, the evangelist was in error by several years (a different type of census took place in 6 CE). In any case, Galilee was not within the area of direct Roman jurisdiction (it was administered by the puppet ruler, Herod Antipas). To make a long story short, the invention of Nazareth now brings another alternative to the fore: these elements are not historical at all. They, too, are make-believe.

Read the rest of the article here.